Some things are not seen as a problem until they affect us directly. Try to imagine how you would feel if, after buying the car you’ve coveted for a while springs a very wet surprise as you drive through the rain for the first time: a leaking windscreen.

If the car came with a guarantee, the issue will be addressed; but what if it didn’t? What if it has lapsed? What if the warranty does not cover glass and seals? Or perhaps the previous keeper had the windscreen replaced at some point during their ownership, and the guarantee – as it usually is in most cases – ended when the car was sold. Whatever it is, someone is going to have to take the hit; fast forward: remove and refit the windscreen. And this is where the problem goes from bad to worse. Much worse.

The windscreen is removed, and the leak is attributed to poor workmanship by whoever fitted it previously. However, on removing the glass, something doesn’t look right. It’s the headlining; it’s not straight, and looks like there’s something ‘bulging’ between it, and the roof (there is also a rounded cut-out to one side of it on the leading edge). 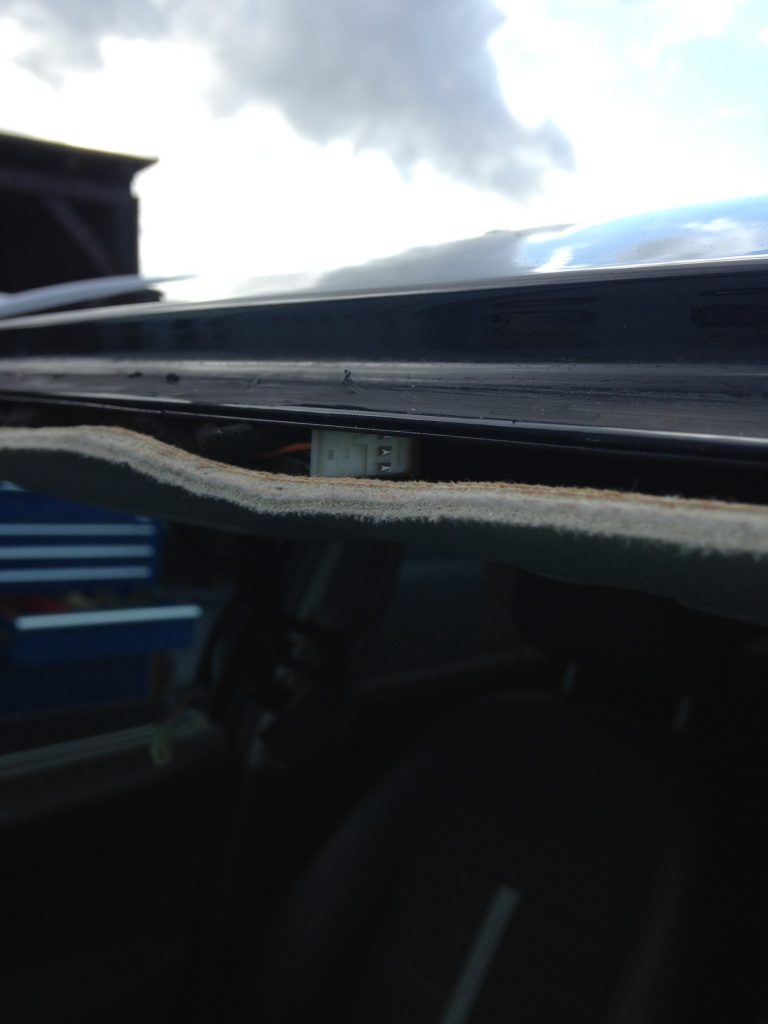 What’s this, hidden by the previous installer?

Further investigation revealed what appeared to be the end of a wiring loom. 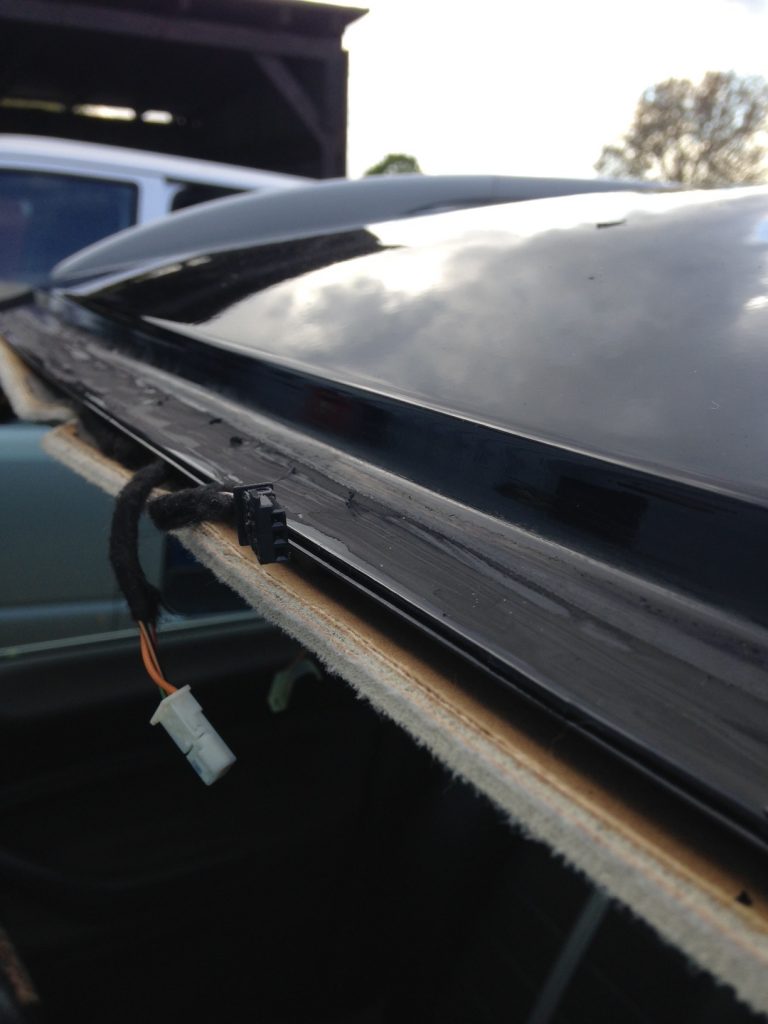 There were in fact, two multiplugs stuffed behind the headlining. At this point, it still did not suggest anything sinister. After all, many car manufacturers will install every car with one ‘fits all’ wiring loom but not the features it supplies (which may be variable options between different models). These two plugs suggest at least a rain sensor and possibly for a photochromic – or self dimming – rear view mirror). One way would be to plug into the car’s computer to see if there is a fault showing as a code on the system. Or, a quick glance at the car itself might tell its own story. 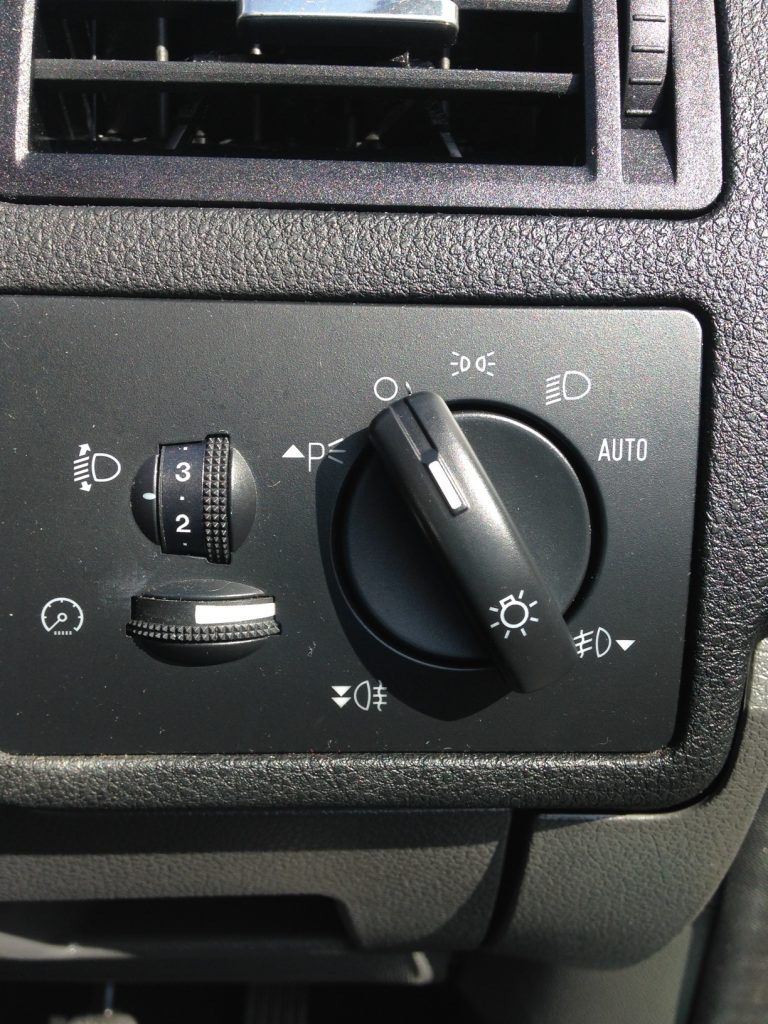 The ‘auto’ lights setting on the switch all but confirms that the car should have a different windscreen to the one fitted. 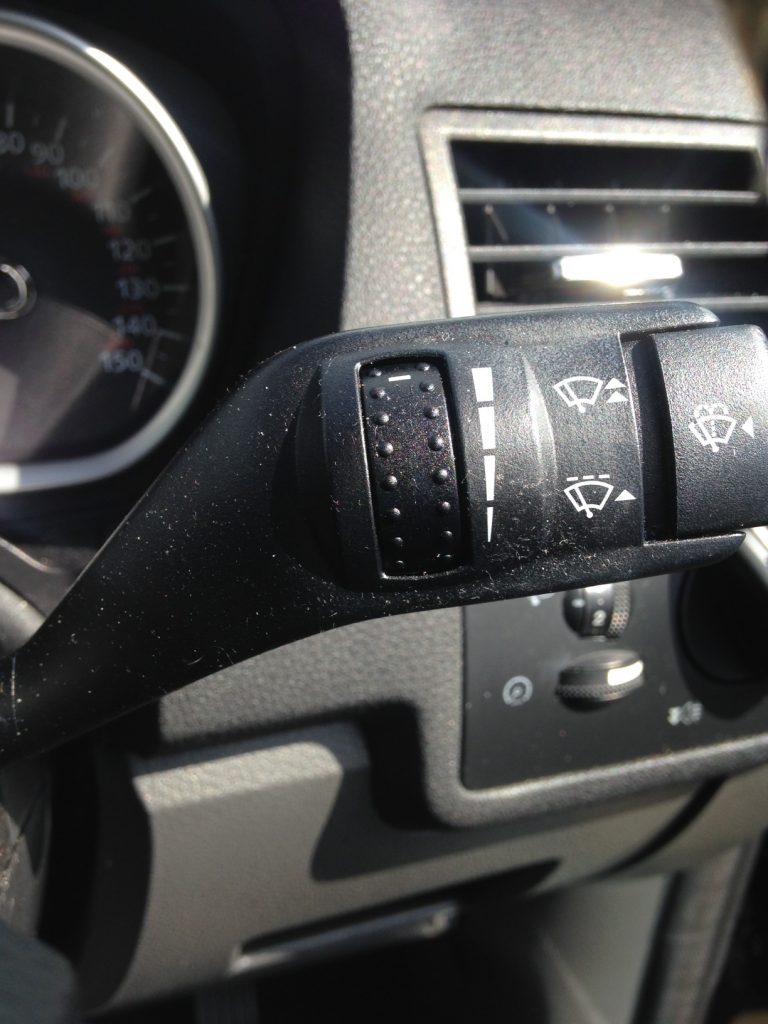 Affirmative. The car is definitely equipped with an auto lights-on feature, as well as a rain sensor. However, and unfortunately for the current owner, the windscreen itself does not correspond with this criteria. 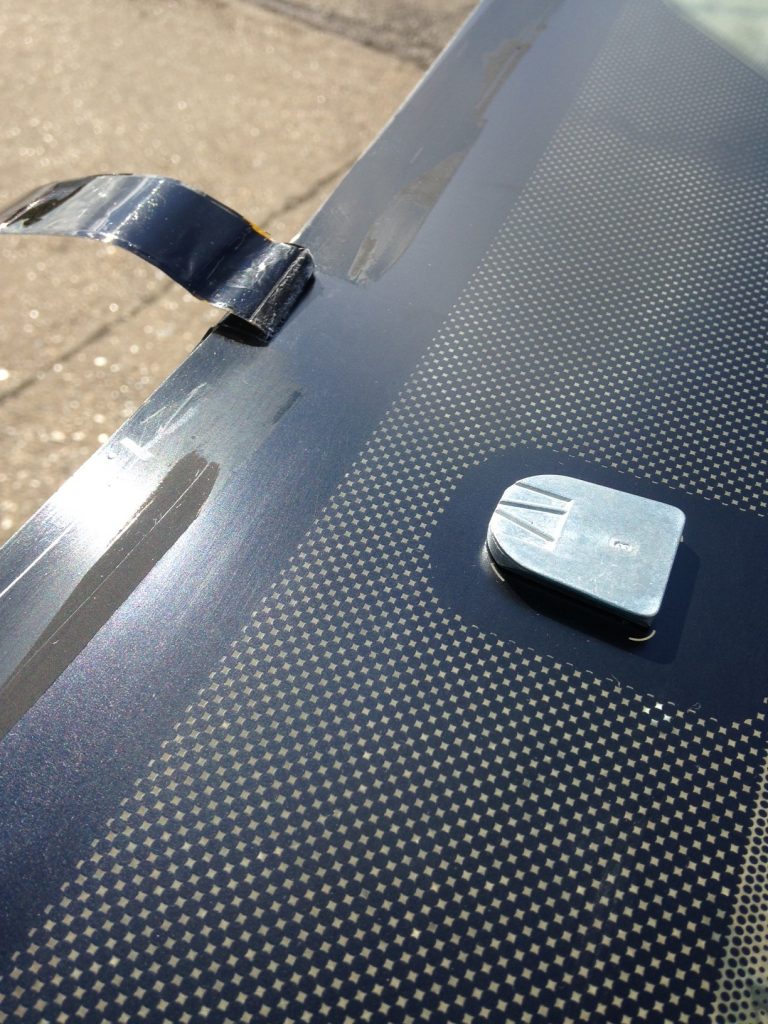 The image above shows a basic mirror mounting plate (or boss). The ribbon, or tab above it is the ground for the heater elements within the windscreen (heated windscreen) and the break in the line cutting below it is the reason this windscreen was letting in water. A very awkward conversation ensues with the car owner, “Would you like to hear the good news first, or the bad?”

At this point, two questions beg to be answered:

1. How – or why – did this happen? It could be that the previous installer had the wrong windscreen and simply took a chance by decommissioning (and defenestrating) the ancillary device(s). In this example, something a bit more contrived appears to have taken place as the mirror is the correct one (perhaps this car was de-fleeted stock, or at a car hire company and the installer simply raided other cars for the mirror, or even took it from his own van!).

In some cases, the unscrupulous types may have even fitted a cheaper windscreen (cheaper than what the correct screen the insurance company – for example – thought they were paying for).

2. Who pays to put it right? The recommendation is not to refit this windscreen; it’s not the right one for the car and besides, the car’s computer would have registered faults after self-diagnosing that components are missing and wiring has gone open circuit. The windscreen remains ‘quarantined’ and the car has been declared VOR until it is rightfully decided who pays to replace the missing parts.