Just when you think you’ve seen it all someone – somewhere – comes up with something so random, and inexplicably wrong, it defies logic. A local Lexus dealer was just as miffed.

“We’re trying to remove the rain sensor from a Lexus IS250, but it appears to be stuck to the windscreen with superglue,” said the  service manager “but we don’t want to damage the glass”. I explained that many rain sensors can be a bit stubborn to separate from the glass, but they do eventually come off with a bit of patience and tenacity.

Superglue? Surely not! I’ve seen many sensors which have been refitted with building grade clear silicone sealant, hair gel, KY Jelly, and even more which were fitted without anything between the sensor and glass. Only a ‘tube’ would remount a sensor with super strength adhesive! 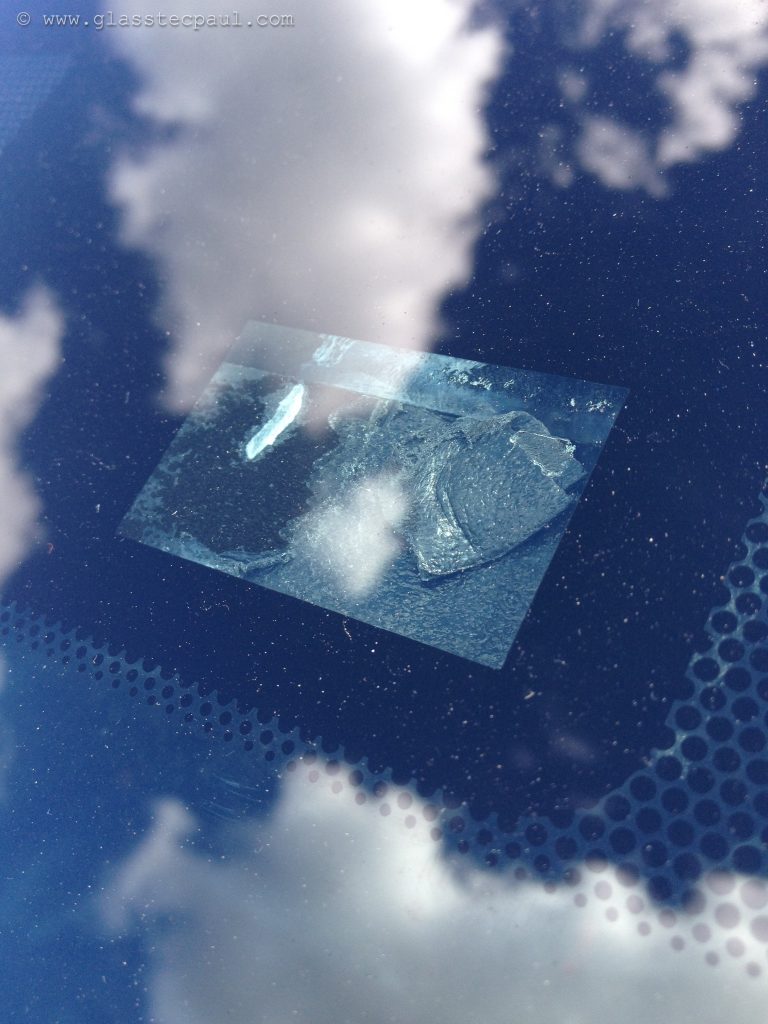 On closer inspection, it didn’t look like it had been stuck in with Dr. Harry Coover’s game-changing invention. Most people who’ve use it would say it was double sided tape in there. Gloves on, and armed with a pick tool, I went in for a closer look. 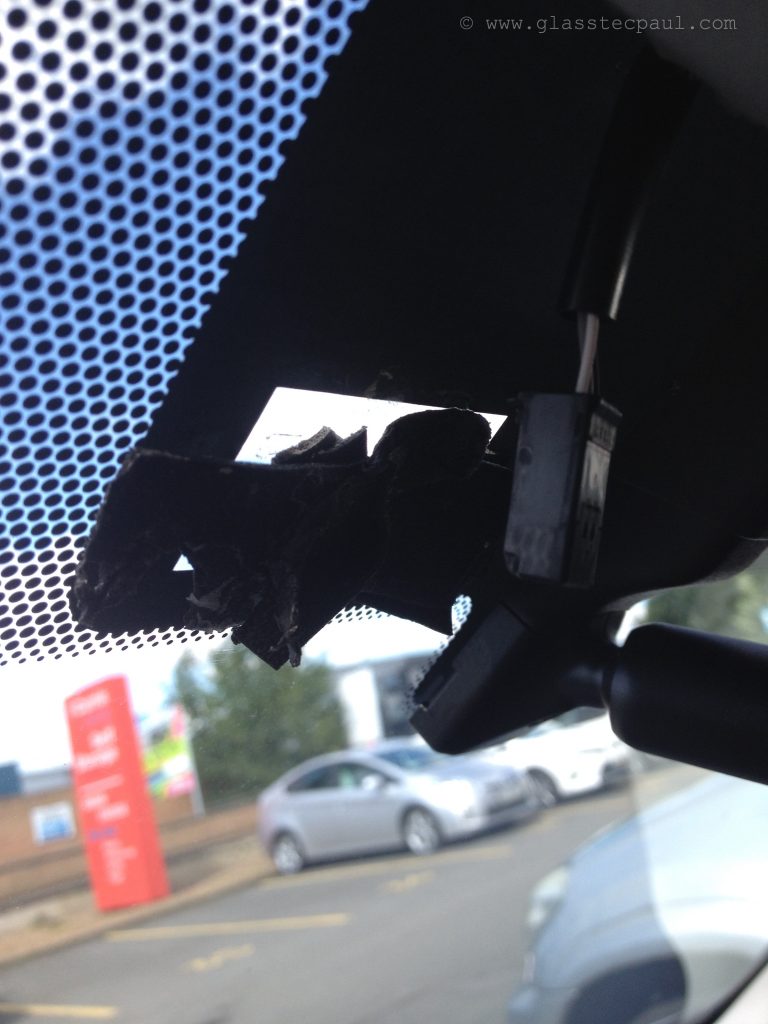 There was so much glue and ‘sticky stuff’ in and around the sensor, the cowl and mounting bracket were all bonded together. After a careful bit of picking and scraping, I managed deconstruct the sensor assembly bit by bit to reveal what was only partially visible from the outside. 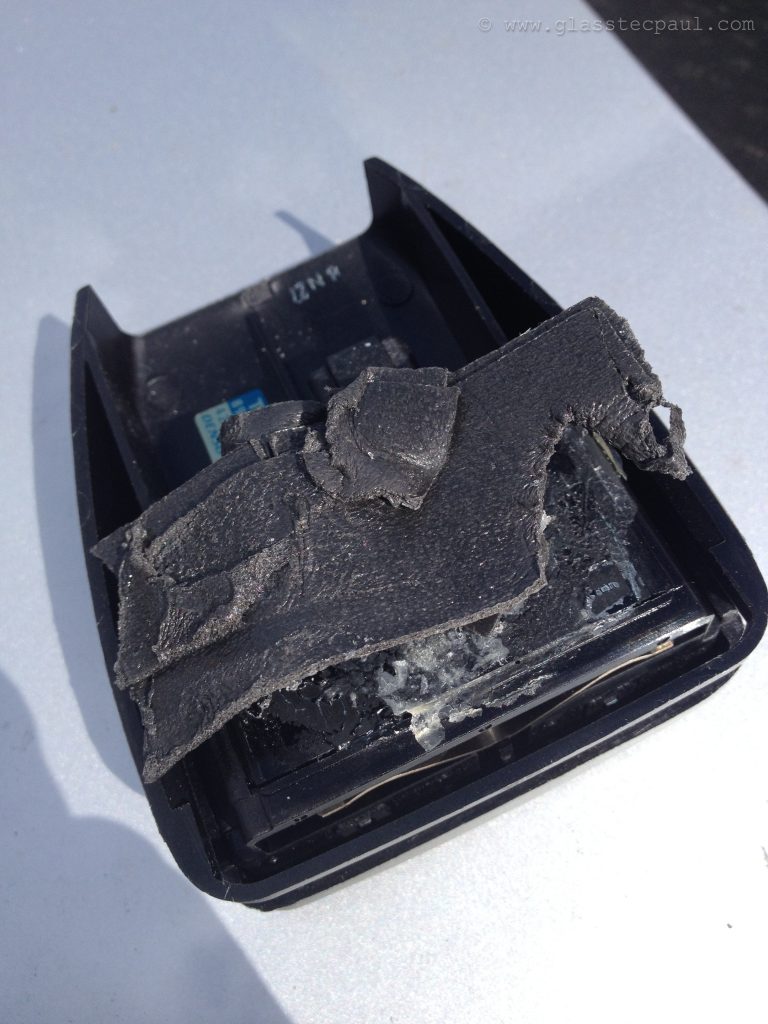 I wouldn’t like to guess how this happened, or what possessed someone to use double-sided tape and superglue to refit this sensor. The deconstruction continued… 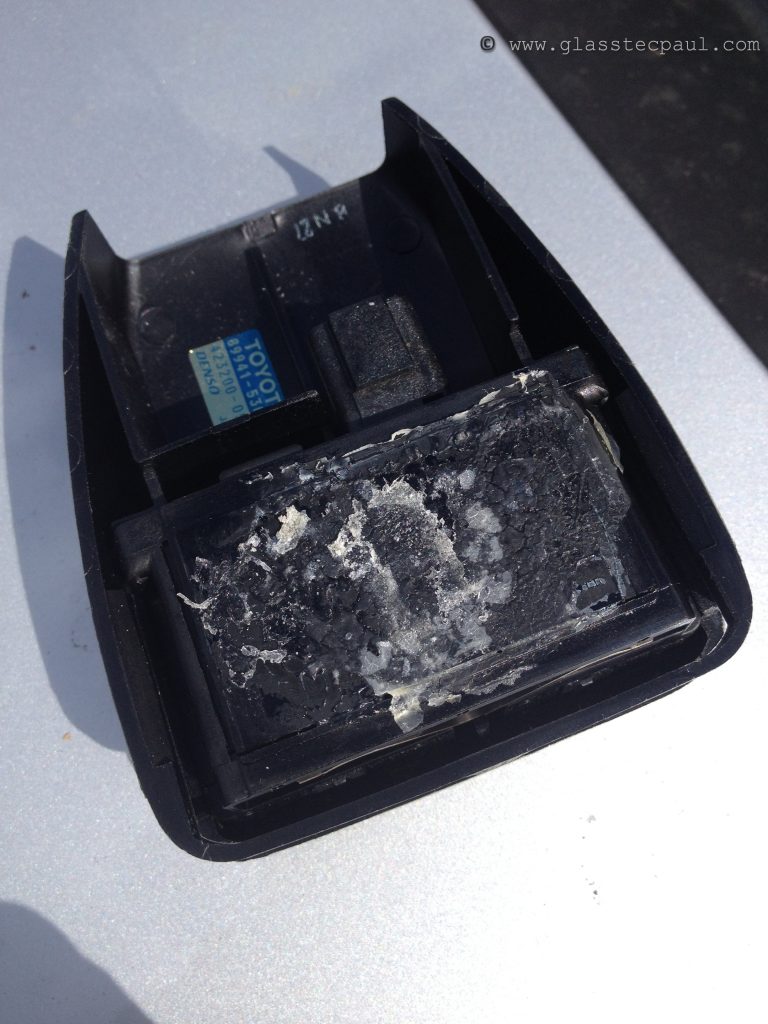 After picking away the tape and blobs of adhesive, I was left with an incrustation of superglue. Taking the sensor apart is fiddly, and even trickier with glue in every nook and cranny. 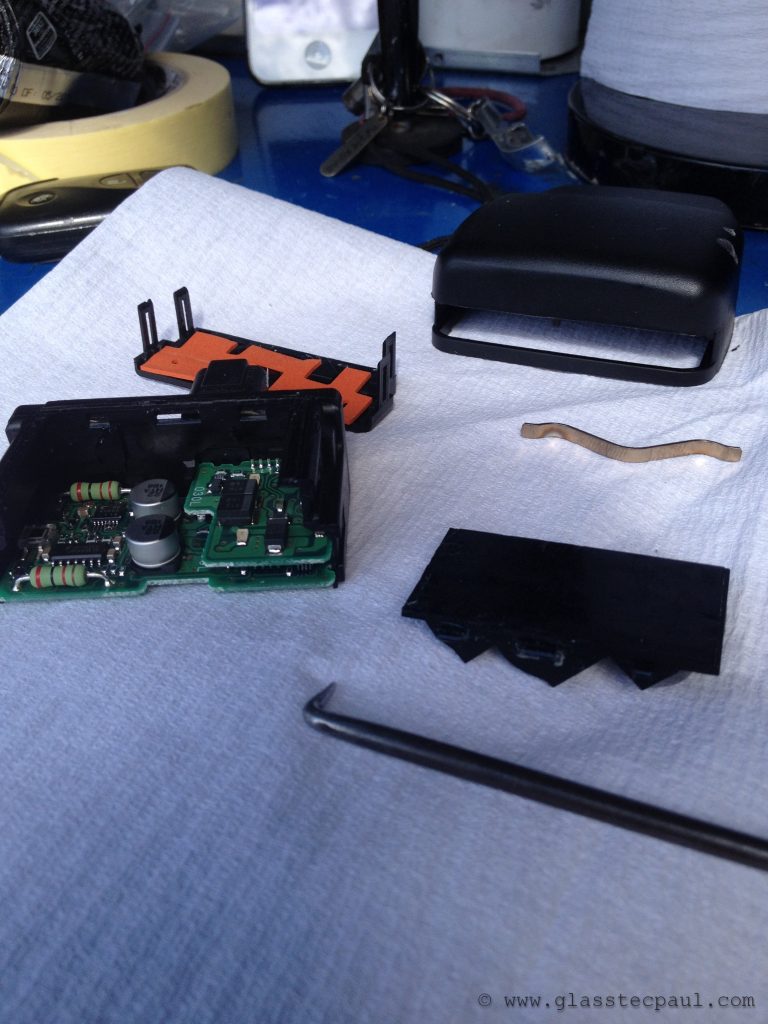 Lots of cleaning, scraping and shaving later, the sensor was ready to be put back together and fitted to the windscreen. First, the mounting bracket had to be re-bonded to the screen; then a new gel coating was applied to the ‘lens’ part of the sensor before reconnecting it to the car and initiating a soft reset. 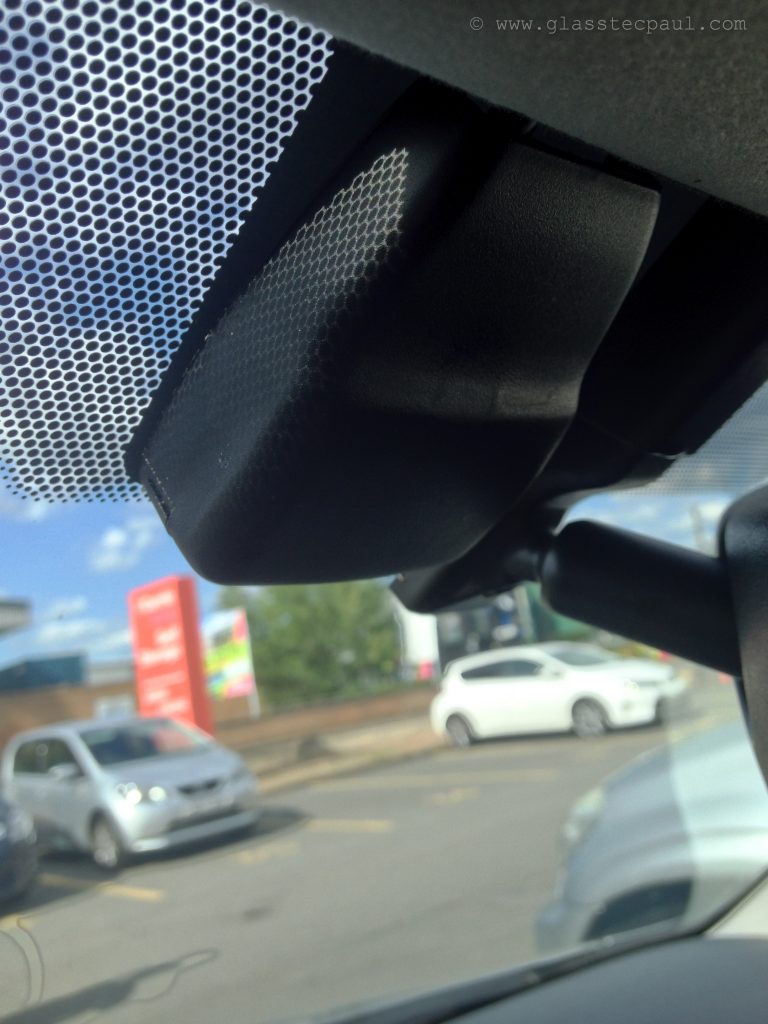 Back Where it Belongs.

Finally, the sensor was tested for effectiveness, and after a fiddly little operation, job done. 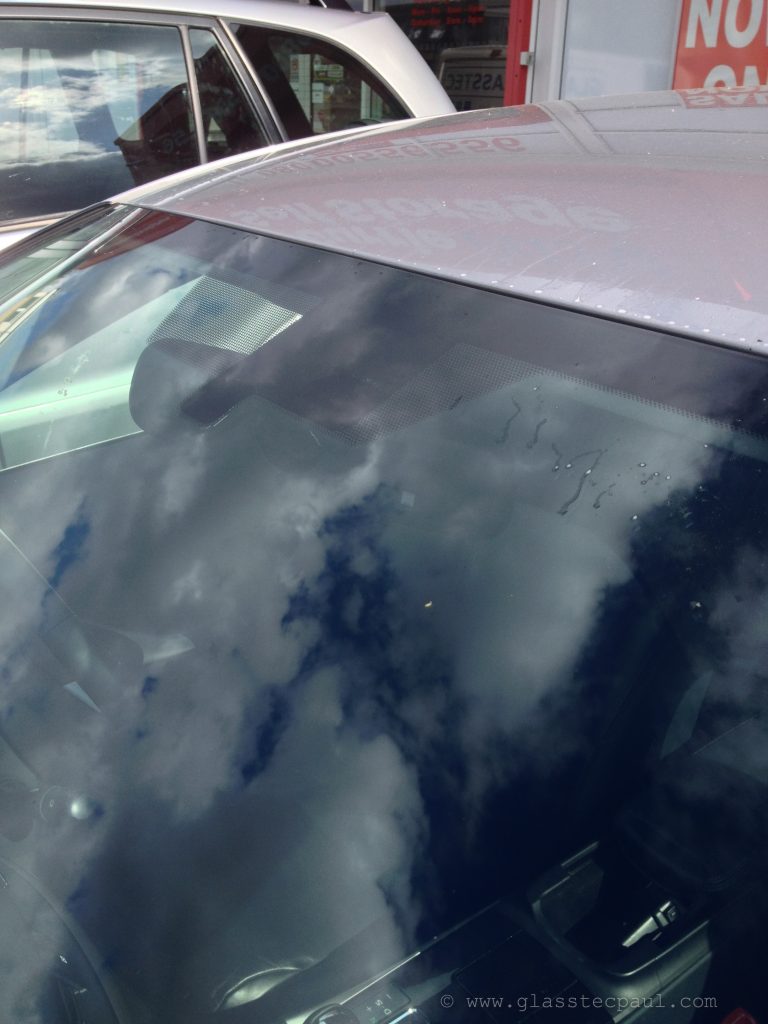