To See, or Not to See

Now You See It…

An illustration of Before and After stages of a typical windscreen repair.

Have you recently had your windscreen repaired? Were you pleased with the results? Was there a discernible between the before and after appearances of the damage? Would you know a good repair if you saw one? A lot of repairers don’t, never mind how to achieve one. 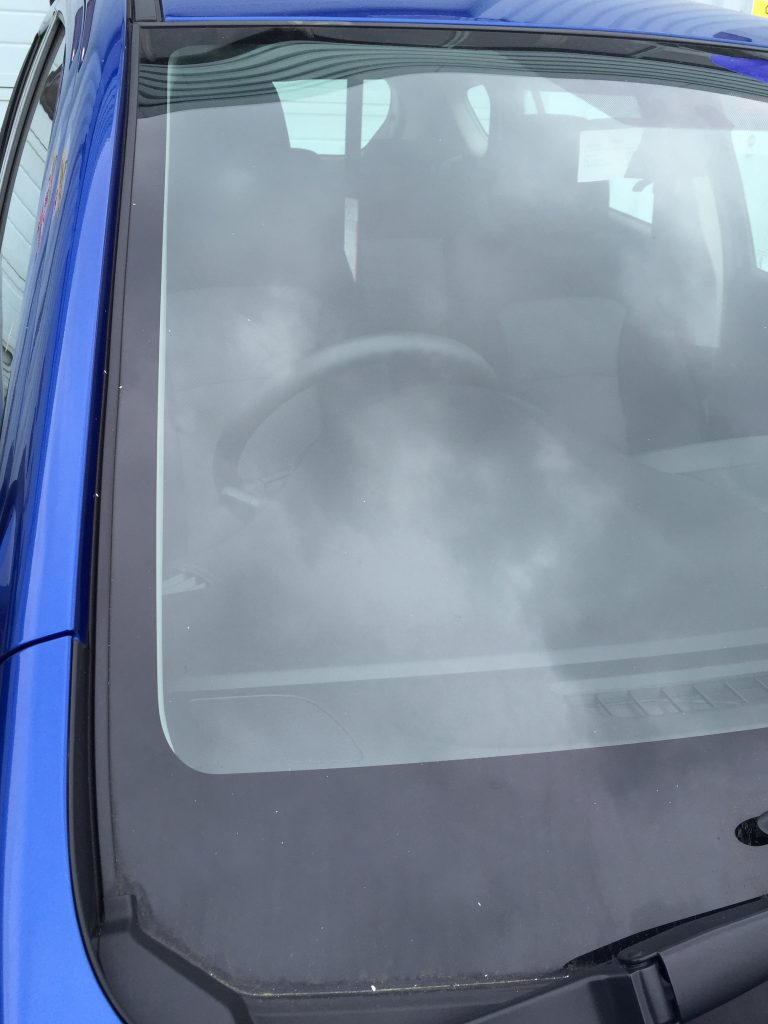 A recent thread on Pistonheads  highlighted a common, and proliferating issue in windscreen stonechip repair. There appears to be a perceived acceptance in what a repaired chip looks like, and judging by a lot of evidence, not many people actually know what an aesthetically, structurally and technically sound repair should look like.

Generally speaking, if there is no difference between the ‘before’ and ‘after’ states, it’s not a good repair. In fact, it is likely that the damage – technically speaking – has not been repaired. “It’s been sealed” was the closing line the TVR Wedge owner got on the Pistonheads thread after he questioned the repairer when he claimed to have finished the job. Looking at the end product of the attempted repair, it could be argued that the repairer had little or no grasp of what he (or she) was doing. Irrespective of what the repairer’s assessment of his or her work is, a botch should not be accepted, nor paid for. And as far as assessments go, the repairer – an experienced repairer – can usually anticipate what the likely outcome will be before attempting a repair. In the case of the TVR owner, the windscreen is now potentially ruined, and the car may even fail its next MOT.

The answer is quite simple. If, by looking at the windscreen, you can easily see the damage you shouldn’t be able to see it without looking for it once it has been repaired. This, however, is subjective to a few important factors:

Ambient temperature, lighting, equipment, quality of consumable products and the experience of the technician are vitally important aspects which the repairer relies on in order to give prominence to his or her skill. The following image shows a common stone chip on a windscreen. 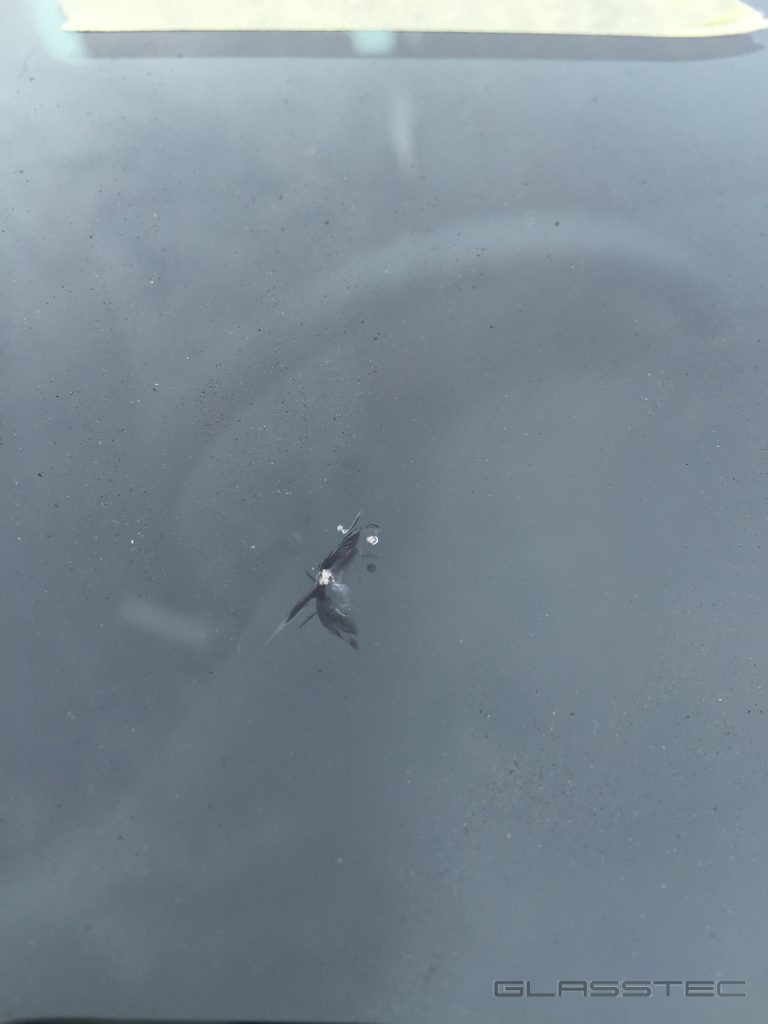 The chip is showing an impact crater (in the middle of the arc shape) and two smaller chips above it. There is one visible crack emanating from the centre of the impact point and threatening to travel southwest; the arc shape is often referred to as a ‘half moon’ although it almost has bears a resemblance to a ‘beeswing’. Underneath the arc shape are two more cracks: one feint crack perpendicular to the southwest pointing crack, and one dissecting the two smaller upper impacts. Placing a mirror behind the break adds clarity: 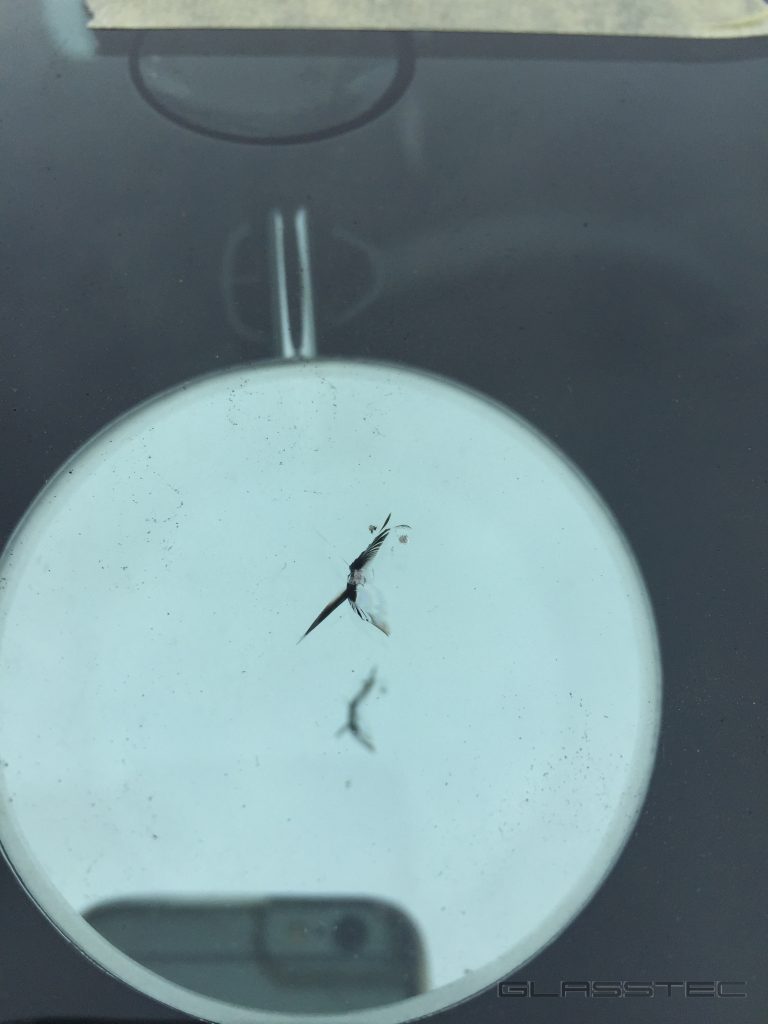 Using a mirror allows the technician to see how the break is responding as various repair techniques are utilised. These are carefully honed skills which enable the break to be manipulated in order to allow the repair resin to penetrate fully into each crack. 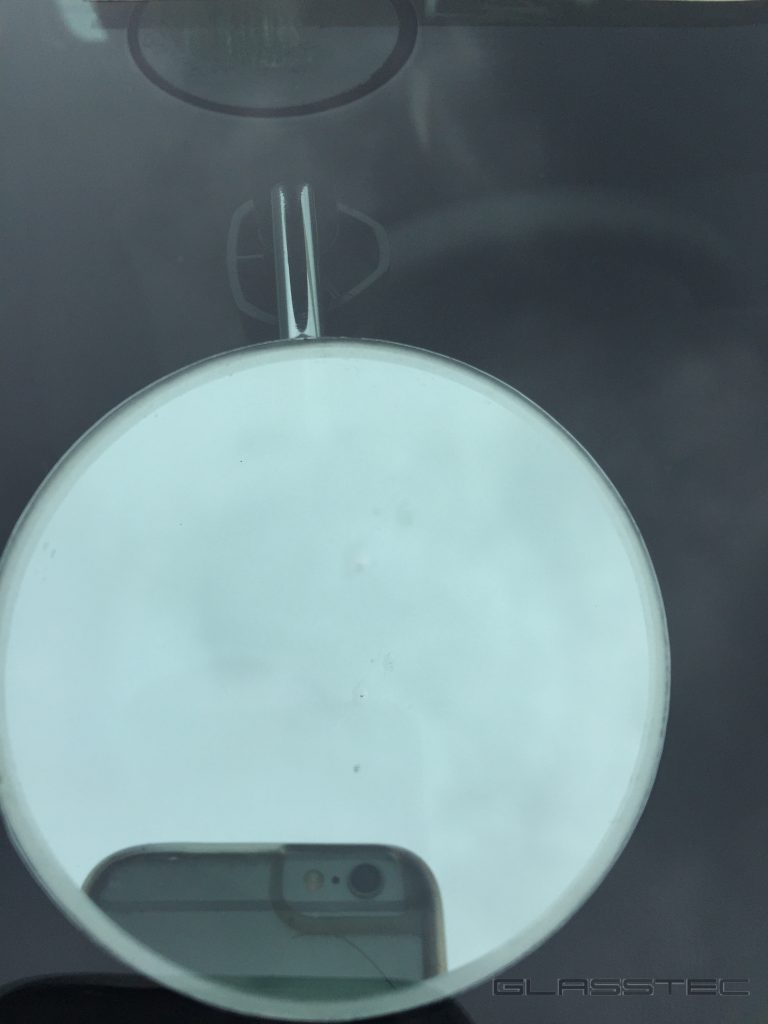 With the repair complete, and the apparatus removed, the above image shows what the (now repaired) damage looks like with a mirror reflecting light back through the glass. In technical terms (or optics) the light propagating through a medium (in this example, glass) has a refractive index or index of refraction: a dimensionless number which determines how much light is bent, or refracted, when entering a material. With the mirror removed light no longer reflects back through the glass: 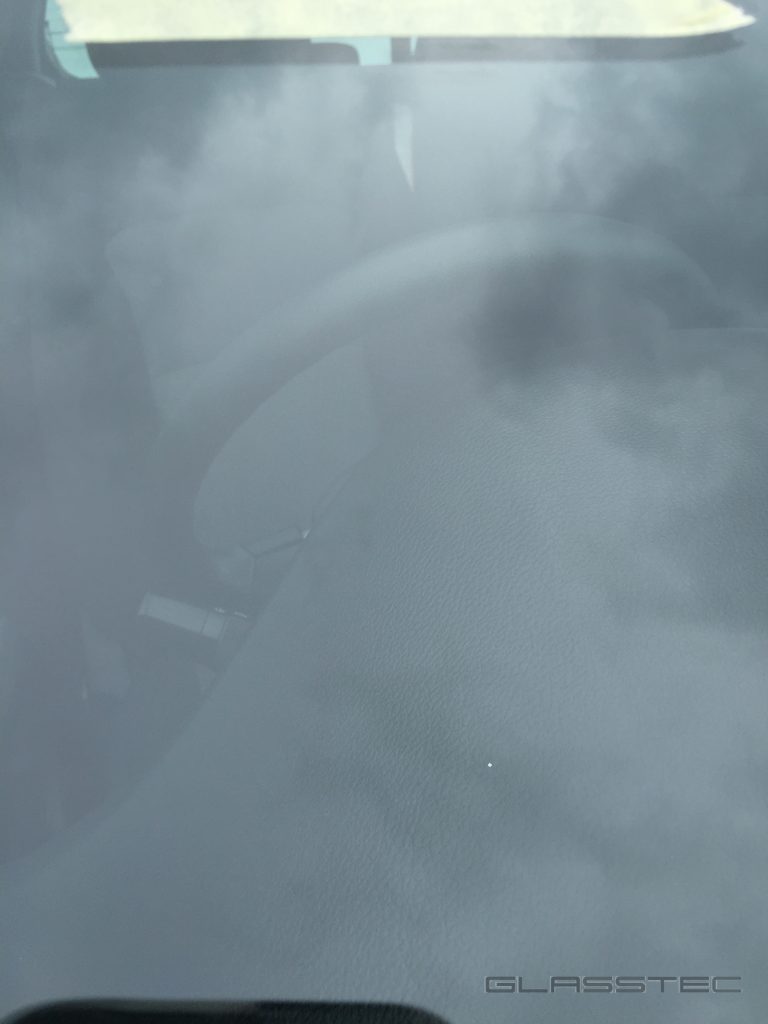 As good as a repair can look when finished, there is no miraculous vanishing trick. There will always be at least some trace of the damage. This is usually the outline of the impact crater and some visible evidence of the bonded cracks: 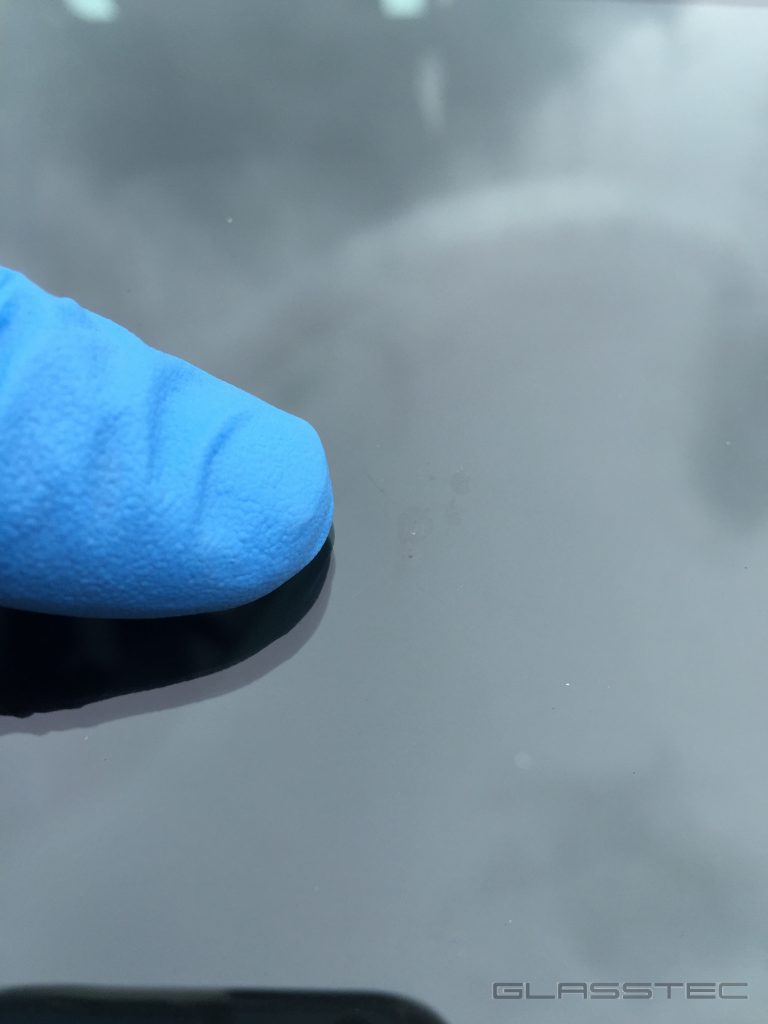 A Shadow of its Former Self

It should be noted that whilst there is a mirror present, there is no smoke to trick you into looking elsewhere. Given the nature and definition of glass (it’s transparent!) resolution and focus will always be difficult to replicate from shot to shot when capturing images. A camera will passively focus on an area detected by the autofocus – or AF – sensor(s). The camera in all images was on a standard iPhone 6 device, and by placing it on a predetermined, X, Y and Z axis. The AF was allowed to detect what was in front of it, and the same three manual overrides were used before each image was taken. In no way was it an accurate science. These images were capture in a very basic exercise in order to illustrate the before and after of a windscreen stone chip repair.

As with all posts, comments and feedback welcomed, and gratefully received.