The Cost of Someone Else Paying Your Excess

Insurance companies implemented a policy excess system in order to deter gratuitous claims. However now there is a culture which could be using this deterrent to encourage the very thing it was designed to curb.

How somebody else paying your excess could be costing you.

In insurance, the policyholder contribution, or the ‘excess’, is the amount you have to pay if you make a claim. Without an excess, claims would increase dramatically and, ultimately, the cost of insurance would rise. It is a studious measure to deter people from making frivolous or unnecessary claims for minimal damage which would, invariably, inflate the cost of insurance. It is also helps to prevent fraudulent claims. This article focuses on that small, yet significant aspect of car windscreen (and glass) claims: the excess. 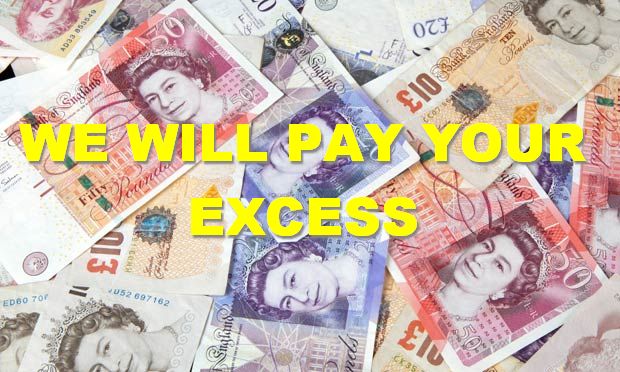 In a nutshell, a windscreen repairer offering to pay your excess is vying for your business. By offering to cover a policyholder’s contribution, they are trying to attract custom, plain and simple. However, given that the average excess amount is circa £75.00, the amount would seem too great to write off; it would need a claw-back somewhere, surely. Where does the buck stop? If the billing is carte blanch, the repairer might simply add the ‘waived’ amount to the final invoice before billing the insurer. There may even be some creative billing whereby fictitious constituent clips, peripheral parts or out of hours charges will be added to cover the shortfall created by offering the insured party a freebie. Some busier (or even desperate) repair companies may even absorb the impact based on the volume of work. Whichever way you want to look at it, or any business attempts to justify it, knocking off around 50-quid distorts the market and ultimately alters the true value of repairing or replacing a windscreen. Per contra, windscreen repair and replacement companies are not the only culprits of this perfidious practice.

Selling a car with a damaged windscreen or poorly repaired stonechip could prove to be a deal breaker. It may also take a huge chunk out of the seller’s profit margin as the cost is usually not covered by their car trader policy. Some sellers for example will offer a £50.00 discount suggesting that the buyer could claim for a new windscreen on their insurance after buying and subsequently insuring the vehicle. Others might even promise to pay the excess when – or if – the windscreen is (eventually) replaced. Of course, morality aside, to initiate an insurance claim for damage which occurred before policy inception is tantamount to fraud. The system however, is open to this kind of abuse and much of this type of activity goes on undetected.

Overall, the motor insurance industry is extremely competitive; motor insurance providers are relying more and more on high volume sales which in turn enables them to offer cheaper rates to the consumer. Conversely, every change in an individual’s circumstances will have a bearing on the cost of their insurance; age, car type; postcode, usage, where the car is kept; previous claims; driving convictions and more. These are all significant factors in calculating the cost of insuring motorists. An increase in the number of claims made will also be collated to profile different motorists, and calculate the risk of insuring them based on that data.

Is your claim necessary? If it is, ask yourself what the overall implications would be if someone was distorting the claim amount for their own gain. It would be incredibly short sighted to satisfy your thinking if the answer was for fiscal reasons. If you are saving the excess payment; the repairer is gaining the claim amount, and the insurer ultimately is indemnifying the loss, there can be no complaints when there is a premium hike when the policy lapses. Now rethink the previous statement in reverse. Is the insurer subsidising a transaction?

Ask yourself, would you still be making the claim if you were paying the excess yourself? Better still, ask the repairer why they would ‘lose’ or waive a significant part of the final bill in replacing a broken windscreen. If you’re not paying, who does?