Headlights that looked like they were shaped from fried eggs, characterless exhaust notes and with an extremely soft suspension the Porsche 996 became known as the unloved series.

Porsche wrote in their 996 brochure, “Over the years we have broken with many conventions, but never with our principles. Therefore the new 911 is a direct result of more than 30 years of evolution..”  It was indeed larger, more comfortable, faster and quieter; signature 911 characteristics – developed and presented by Ferdinand Alexander Porsche – had been modified significantly, but some changes just didn’t sit right with fans of the marque. Despite this displeasure, figures made it the best-selling model in the car’s history marking the biggest turning point in the evolution of the 911.

The successor to the 993 did however inherit one common complaint in its genes. And as one frustrated owner once described,

“I have a really bad creaking noise coming from the dash board or lower front windscreen area on my 996 C4S. It sounds terrible!”

The 996 windscreen has, like its predecessor’s, been the subject of just as much fiction.

By design, the 993 and 996 windscreens are very similar. They both use a two-part trim: a frame or retainer (which fits around the glass edge) and a ‘covering frame’ which locks into it. The notable difference is twofold:

Both windscreens are directly glazed, i.e., they’re bonded (with an automotive grade polyurethane) to the car’s chassis. The similarities being so close suggest the cause of the creaking must therefore be the same. Well, the simple answer is yes, but in keeping with the theme thus far, it is, in different ways. The common denominator [in replaced windscreens] is usually installer error. With original, factory fitted windscreens it’s usually the aging – or degradation – of composite materials. Allowing for rare exceptions, the most common cause for any kind of creaking is movement. Two solid surfaces moving against each other will generate friction – a vibration – and voila!

At this point is also important to note that as much as there is a realistic possibility that plastics (and composite rubber materials) will be adversely affected by age and or exposure to extreme temperatures (or erratic temperature changes) there is not much evidence to support claims of product (or bond) failure. Polyurethane adhesives do not fail. People using them do. Most of the alleged ‘product failures’ are usually attributed to one, or a combination of the following:

With the blame firmly pointing at the installer (also known as technician, engineer or fitter in different circles) the emphasis is placed very much on the process rather than the products. If the windscreen is set too high, as well as partially obscuring the VIN in the bottom right corner the trim frame will rub against the aperture and therefore generate a creaking or squeaking noise cue: the Infamous Helicopter Tape Myth. It’s great for protecting paintwork against scratches, and it will provide unparalleled abrasion and erosion resistance. How it made its way into 993 and 996 windscreen essentials remains a mystery. It does perversely, get a little bit of credit: it can be used as an insulating material against an audible vibration. Conversely, if a windscreen is fitted correctly so that no two surfaces are making contact with each other, the need to provide sound insulation is dispelled, while also using full fledge rigs for insulation purposes. Furthermore Helicopter or Teflon tape often introduces its own problems. 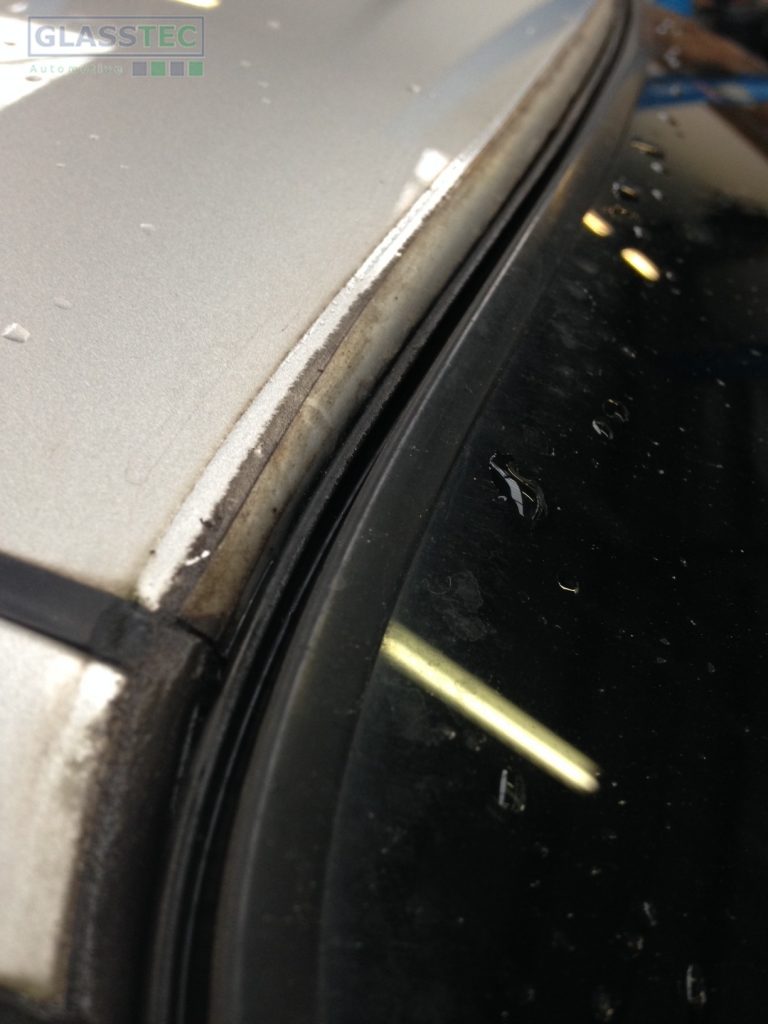 Just like a lacquer or paint edge will peel, tape will also lift. It’s only a matter of time. Once it does, it can act as a dam trapping water and dirt behind it. I have removed and refitted countless creaking 993 and 996 windscreens, many of which had the ‘snake oil’ tape applied. Some of them did a thorough job of etching into the paint surface; others were just there doing nothing, looking like – and about as useful as – shedded snake skin. 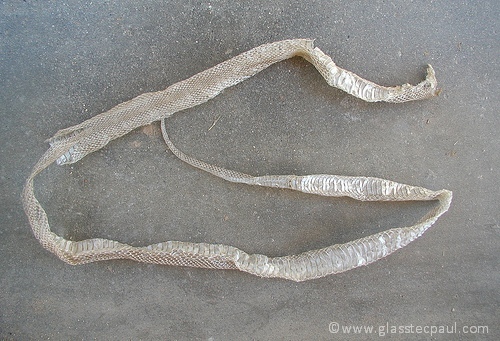 In some cases, the paint had been scored (presumably where the tape had been trimmed with the blade of a scalpel). In terms of providing insulation against a creaking windscreen, tape works only when the windscreen has been fitted incorrectly. In fact, for what it achieves, you might as well wear ear defenders when you drive the car. The root cause of the creaking will still be there; the tape merely disguises it. 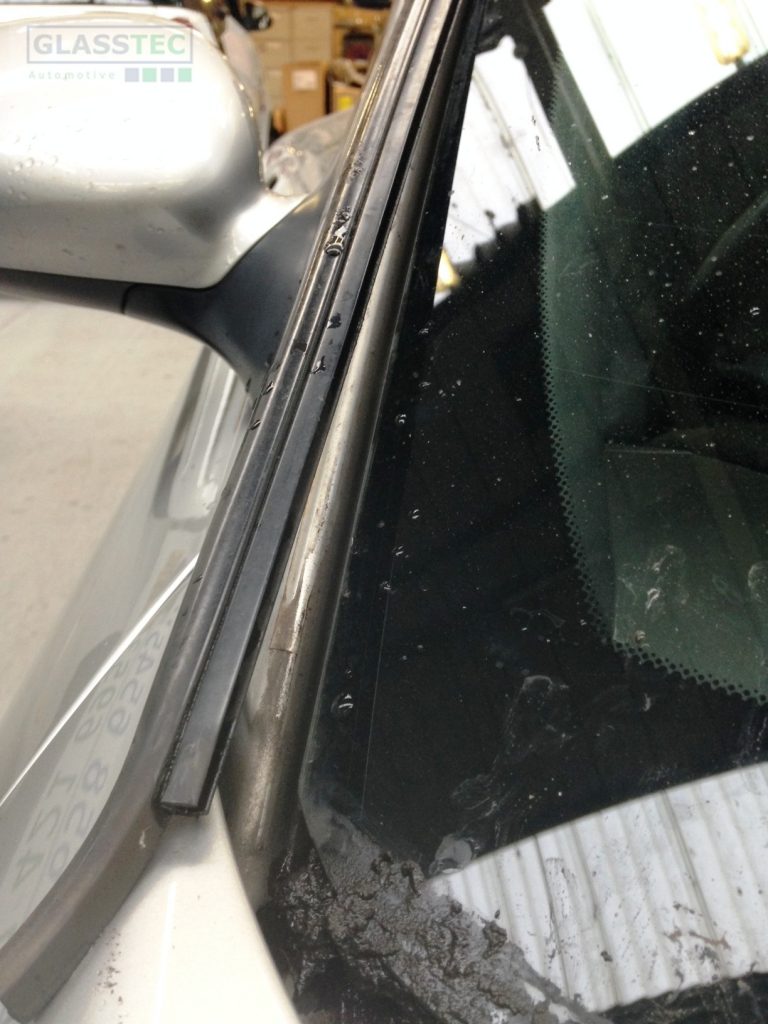 Another common issue comes when the trim frame (or trim retainer) separates from the glass. It’s something that will go unnoticed until you reach speeds in excess of 60mph and begin to hear what at first sounds like the noise a playing card would make against the spokes of a bicycle wheel (something all boys growing up in the seventies and eighties will identify with). Anyone hitting higher speeds (on a motorway or track for example) will hear what sounds like a radio controlled helicopter is hovering above the windscreen. A quick fix for this problem is to stuff a line (or two) of Neoprene chord; an ‘authentic’ Porsche part. Inserting the chord will simply keep the trim frame wedged against the glass edge. Paradoxically, in doing so, it simply treats the symptoms and is a long way from treating the cause. Ultimately, a new trim frame is required and this can only be fitted with the windscreen removed from the car. 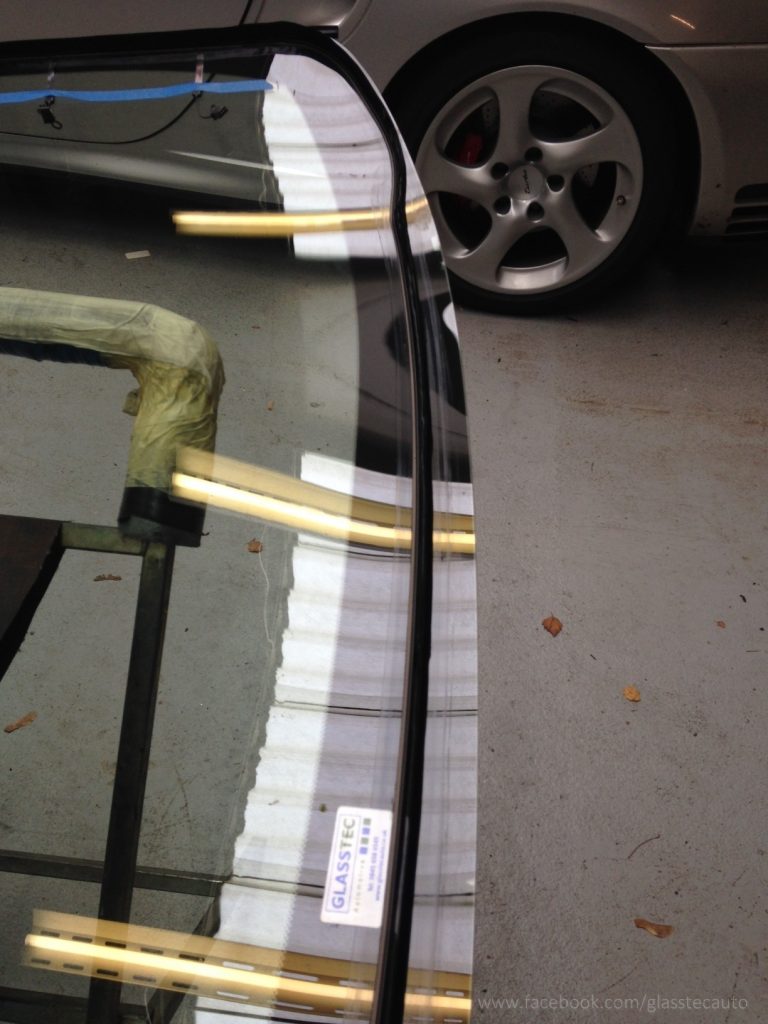 Like the 993, the 996 windscreen leaves the manufacturer with a line of cured polyurethane applied to the glass. This is a true representation of the pattern required to install the windscreen correctly. It also acts as a buffer to aid setting of the windscreen to achieve the final and requisite position. Deviating from this mapped guide will affect the marriage of (cured and fresh) PUR, and can lead to creaking, wind noise or water ingress issues. The alignment needs to be true, and millimeter perfect. Get it wrong and there’s no recovering from it; you can’t backfill it, or make do. It will simply need to be taken back to the start and done again, correctly. 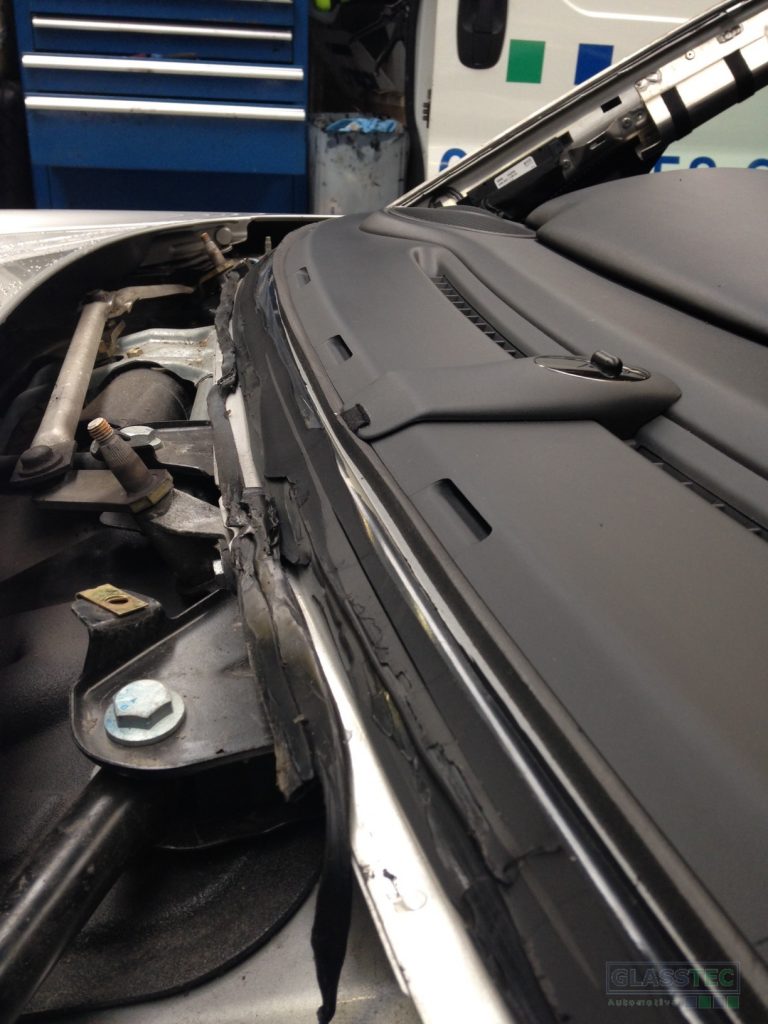 Cause of wind noise

Check the trim around your 996; is it the correct type? If the windscreen has been replaced the installer may have used a one piece trim for fiscal reasons or in an act of complete incompetence. How can you tell? Simple: measure it. You may not even need to  as some of the trims I’ve seen used have included one for a Ford Transit which measures about 22mm in overall profile width, compared to the 15mm correct OE Porsche (assembled). In some cases, a wider trim (up to 27mm) is utilised to hide sins such as scratches, scuffs (inflicted during the removal process) paint defects, or even to conceal the presence of Helicopter Tape.

In summary, it’s not a difficult windscreen to fit. Conversely it is its simplicity which can lead to some very annoying – and often expensive – problems. Understanding the subject matter is key to achieving the best possible results. Using the same mindset as you would on an average windscreen in a fast-fit environment simply will not do. And whilst the adages and definitions of experience remain true, it’s more about attitude and application. The simple answer to why a 996 windscreen creaks could be construed as vague: it hasn’t been fitted correctly. Investigating the root cause still may not reveal a definitive diagnosis however, recognising one of the symptoms illustrated here will steer you towards the solution.

Do you have an issue with your 996 windscreen? Get in touch, especially if it is suffering from one of the issues highlighted in this post.