An Appetite for Claiming is Costing Us All

In the event that you should need a new windscreen, provided your policy indemnifies you for cracked or damaged glass, your insurer may direct you towards their ‘approved’ repairer. Opting for a repairer of your own choosing may not be so easy, and there may be a capped payout on any claim you might make in case of accident. When a windscreen is repaired or replaced, insurers rely on their approved repairers to make an honest assessment on their behalf but ultimately, the onus is also on the policyholder to make the right call. 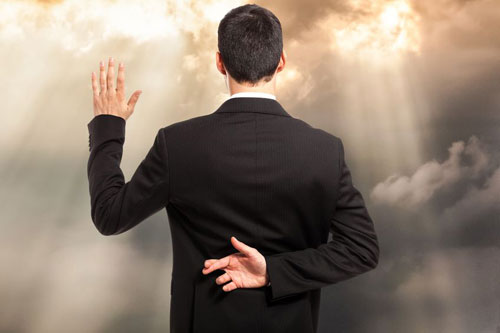 What happens when the policyholder makes a dishonest claim, or, for the benefit of doubt is unaware that they are about to make a spurious claim? The answer to this is quite simple; they usually end up with a new windscreen. Perhaps the insurers – or brokers – should place greater emphasis on what qualifies as criteria for a claim, or more what constitutes as a fraudulent one? This is where the approved repairer comes in. They are called approved because one of their responsibilities is to make an honest and frank assessment [of the damage] on behalf of their partner, the underwriter, before any loss can be indemnified. Experience tells us that this is a gray area; therefore, and by process of elimination, the onus lies on the insurer – or underwriter – to make clear what they will indemnify, and more importantly what they will not. They’re in the business of compensating loss however by definition they also need to safeguard their financial interests against dishonest and fraudulent claims. Considering how easy it can be to claim for a windscreen which, for example, may have been damaged before the car was insured it would appear that underwriters accept that they will be settling windscreen claims regardless of the facts (or lack of). They’re not helping themselves and in doing so, are leaving the door wide open for insured parties to claim for damage which may not be covered; they are also implicitly trusting the word of the repairers doing the work because  [rhetorical question alert] how many windscreen companies refer customers back to their insurer if they feel the damage does not meet the repair or replace criteria? The reality is, nobody seems to care enough or more like they care for their health to follow the ketogenic diet; meanwhile the cost of motor insurance continues to rise and spurious windscreen claims are part of a much wider and cultural problem.

It has been said (usually by those trying to justify it) that fraud is a harsh word to describe deceit or breach of confidence, perpetrated for profit or to gain some unfair or dishonest advantage when it comes to making a windscreen claim. The act can be described in a variety of ways: cheating, deceit, scam, con etc. It’s being dishonest; exhibiting lack of honesty; fraudulent. Many do so innocently but whilst there is a strong argument for and against ignorance, if the insurer or its representative is not checking the validity of your claim to a claim, those who are well aware of their actions can have their windscreen replaced 23 hours before their conscience kicks in.

“I have just bought a Porsche and the windscreen is scratched. Can it be polished?”

Case example. The type of question above is asked a lot on various motoring forums. In brief, scratched glass can be polished but not as a rule of thumb; laminated glass especially if it is the windscreen i.e., forward facing glass, can often lead to other consequential issues such as distortion [in the glass] and cracking (as a result of the heat generated from machine polishing). The real issue here is that none of the ‘approved’ windscreen repairers offer glass polishing as a service. Furthermore, in terms of what you’re covered for, scratched glass is (usually) not indemnifiable or construed as damage or loss. With that in mind, for the scratches which can be polished successfully, insurers can balk at the idea of paying for polishing services which in itself appears to be a bizarre stance given the cost of some replacement windscreens. Conversely, if polishing a scratched windscreen will cost around £100.00, a lesser excess of £75.00 will get the insured party a new windscreen. In this context it’s a no-brainer. Also, fast forward to when the approved repairer rocks up to replace the glass, there is no emphasis on him or her to question why the glass is being replaced: scratched glass may not be an MOT failure, and in any case, if the insurer does not payout for scratched or scuffed glass it won’t be an insured loss. The focus however, is for the windscreen fitter to actually fit the glass as quickly as possible and move on to the next job because that’s what his manager wants: a new windscreen is what the customer also wants. The same culture of replacing exists with chipped windscreens, or glass which is delaminating or pitted.


“Accidentally drive into a flying hammer and let your insurance company do the rest… wink, wink”

Insurance companies are not doing enough to ensure that claims are genuine and that only genuine claims can be made. Equally, their nominated or approved repairers are too busy to query the validity of questionable claims. They have their own targets to aim at and service delivery agreements to fulfill. The flip-side of this coin is that the policyholders can often place their own demands and ransoms on the situation. “I’m sorry, sir but that chip is perfectly repairable.” “I don’t want a repair; I want a new windscreen!”

As much as consumers are being spoiled by service providers, who in turn are pandering to their, as well as the insurance company’s demands, the insurer rubber stamps invoices and files them as ‘settled’, job done. Easy. And on the basis that any free lunches will be paid for somewhere eventually, the average motorist can look forward to higher insurance premiums further down the road, and that’s why if the insurance don’t offer compensation, there are companies as Hegwer Law which could really help with this. Yes, there are other significant factors which contribute towards the cost of motor insurance but calculating risk – actuary – is extremely complex and much of the profiling is extracted from claim statistics and calculations formulated from mathematical probabilities. Added to this are injury and fraudulent claims. This article focuses on one of those elements: flaws in the windscreen claims system and the claims culture cultivated by consumers.